Harvesting plenty of peppers at the moment – as mentioned in an earlier post though, I had a labelling mishap so until the peppers started appearing, it wasn’t altogether clear what we were going to get.

The three sets of seeds I originally sowed were Hotscotch, Hot Devil’s Brew & Cayenne but no idea now which ones are which. 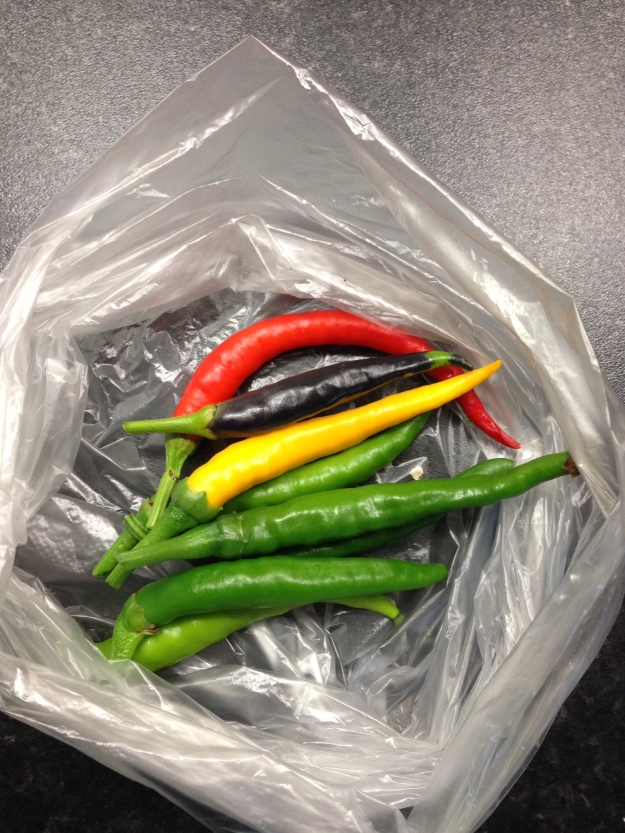 Getting Down and Dirty in Your Allotment

Take and share advice on running your own allotment

The Adventures Of Two Amateurs On The Allotment