I’m beginning to consider what I would like to try growing next year which has made me have a good think about what has gone well this year and what I’ll definitely be growing again next year. I’ll do a separate post about the things that didn’t grow quite so successfully.

Tomatoes were a major success – I grew two varieties from seed, Moneymaker and Maskotka and also bought a Black Russian plant as we fancied trying something different. The Maskotka plants were attacked by nibblers but I managed to save three plants – and Moneymaker was very successful, I had nine plants, six in the greenhouse and three outside and gave away
another nine!

Cucumbers have also gone well and we could hardly keep up with eating them all. The Crystal Apple round cucumbers are my favourite. I had two plants (again grown from seed), one went completely mad, grew like a triffid and produced at least 20, while the other one was less
productive, with only three or four coming from it. 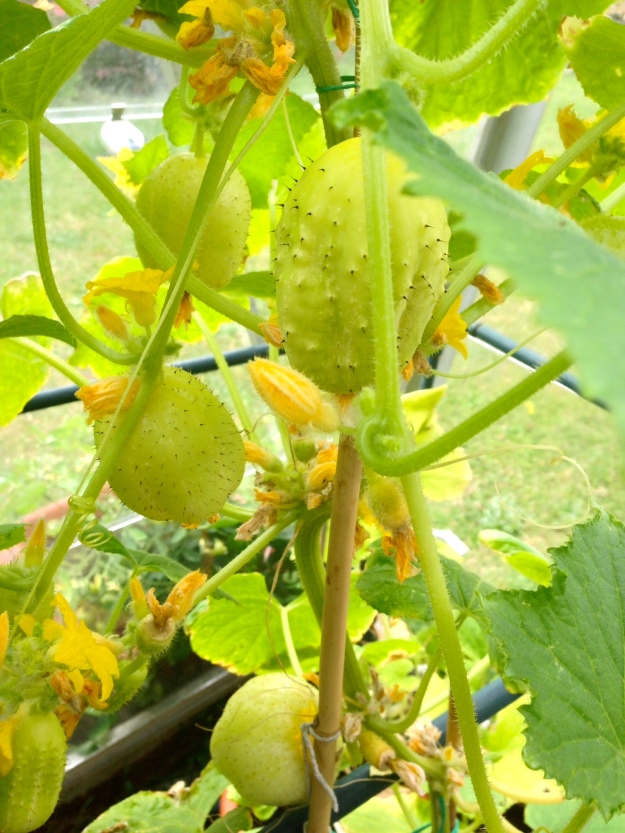 The ‘normal’ cucumbers (a variety delightfully called ‘Burpless’) have also been very productive – two plants stayed in the greenhouse and I put one outside in a raised bed where it got munched but just about survived – it then recovered and ended up producing probably 20 or more cucumbers, we had to pickle some to use them up.

The butternut squash looked well enough, two plants grown from seed, both in a raised bed outside and produced plenty of flowers but in the end only two reasonable sized squash with another tiny one. They were tasty though. 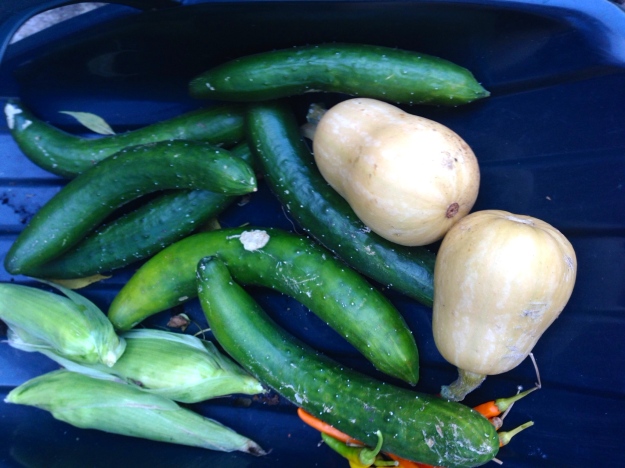 So more of the same next year although now we have half an allotment, I can spread out more – just have to remember not to grow more than we can feasibly eat/store/give away!

1 thought on “End of season review – what went well?”

Getting Down and Dirty in Your Allotment

Take and share advice on running your own allotment