The weather wasn’t great today but I had quite a number of peppers and tomatoes that had outgrown their current homes so it was a day of dashing out to organise new larger pots and get them planted, in between the showers.

I’m getting a bit desperate for my new greenhouse to be erected – at the moment everything is either on the old greenhouse staging in front of the patio windows or in trays on various
windowsills all over the house. I thought I’d lost two cucumber plants which I’d forgotten about tucked away in the spare room, but they’ve been sitting in the bath all day and appear to have perked up a bit, thank goodness.

Tomatoes are looking good but I’m not sure if I should be snipping a few leaves off at this stage or if that comes later. 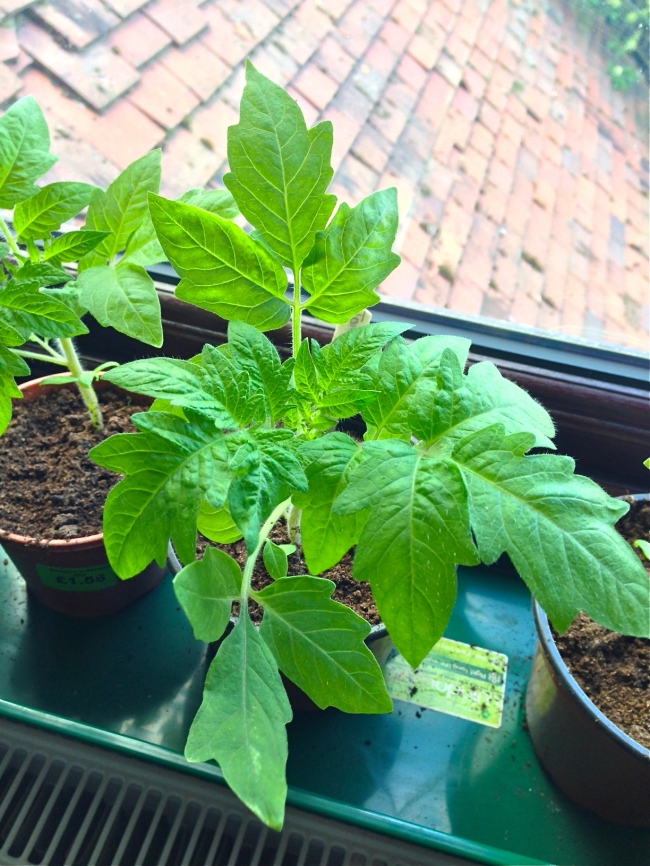 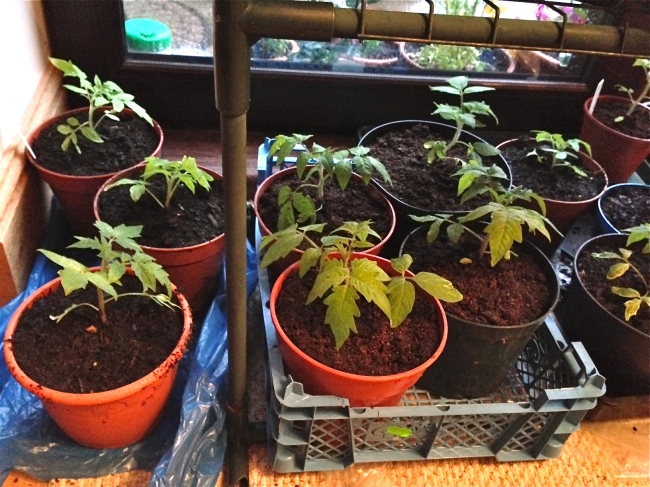 I’ve repotted quite a few of the peppers but they seem to be growing at different rates so some are still in their initial small pots. I’m hoping that will mean they will give us a slightly staggered harvest instead of all coming at once…

Other jobs today included putting some lobelia seedlings in small pots – I’ve done half the tray and left the rest to see if they get a bit bigger as that was fiddly to the point of being nearly impossible! I also put some soil conditioner in the raised bed where my sweet peas are going – I was going to put them in today too but ran out of time before the rain started coming down heavily.

In spite of the weather, I really enjoyed myself pottering about in the garden although my nails are suffering a bit, am in dire need of a manicure!

2 thoughts on “Potting on”

A Tiny Farm In A Big Garden